Home Blog Alcohol, Cancer, and Dying: Research 2016
Back to List

Published in the British Journal of Sports Medicine is a first-of-its-kind study found that for alcohol drinkers, physical activity may decrease the risks of dying both from cancer and from "all-cause mortality" that is, deaths from any cause. An international research collaboration led by the University of Sydney has found that exercising at even the basic recommended weekly physical activity levels (around 150 minutes of moderate-intensity activity) may offset some of the harmful effects of drinking alcohol. Impact of alcohol consumption on risk of dying from cancer (physically active and inactive participants combined):

How alcohol affects the body

Alcohol is known to impact the heart, brain, liver, pancreas, attribute to cancer, and affect the immune system. Overall, drinking too much can weaken your immune system, making your body a much easier target for disease. Chronic drinkers are more likely to contract diseases like pneumonia and tuberculosis than people who do not drink too much. Drinking a lot on a single occasion can slow your bodys ability to ward off infections (up to 24 hours after getting drunk.) In a report that follows recent review studies, it found that alcohol can cause cancer of the oropharynx, larynx, esophagus, liver, colon, breast, and rectum. These alcohol-attributable cancers at these sites make up 5.8 percent of all cancer deaths worldwide.

This review study was published last July in the journal Addiction, Dr. Jennie Connor, who is a preventive medicine doctor at the University of Otago in New Zealand that looked at the major review studies done over the last decade on alcohol and cancer. Some of the studies she reviewed were from the American Institute for Cancer Research and the International Agency for Research on Cancer. "There is strong evidence that alcohol causes cancer at seven sites [in the body], and probably others," Dr. Connor wrote. The data supports "a causal association of alcohol consumption" with cancer in the oropharynx (a part of the throat), the larynx, the esophagus, the liver, the colon, the rectum and the female breast. Previous studies have also found that a person's risk of developing certain cancers goes down when a person stops drinking. A growing amount of evidence shows a strong link between alcohol and other cancers like prostate, pancreatic, and melanoma, but there is not enough evidence to support a cause-and-effect relationship between alcohol and cancer. The link between alcohol and cancers of the mouth and throat were stronger than the link between alcohol and other cancers. Drinking more than 50 grams of alcohol a day was associated with a four to seven times greater risk of developing mouth, throat or esophagus cancer compared with not drinking at all. The number of grams of alcohol in 1 ounce of a drink can vary. For example, there are 2.4 to 2.8 grams of alcohol in an ounce of wine, but there are 1 to 1.2 grams of alcohol per ounce of beer. However, drinking the same amount was associated with an approximately 1.5 times greater risk of colorectal, liver or breast cancer, compared with not drinking.

Dr. Connor also found, "Among physically inactive people, we saw that the risk for cancer and all-cause mortality was higher even at relatively low levels of drinking. This data was echoed in Stamatakis findings, which indicated that exercise can ward off harmful effects alcohol attributes to cancer and other fatalities.

Researchers looked at responses from 8 nationally representative baseline health surveys taken in the United Kingdom between 1994 and 2006, which looked at the impact of physical activity and alcohol consumption on health outcomes. In this study, the surveys included questions about alcohol intake and physical activity levels among those 40+ years old. Physical activity included walking, cycling, and structured exercises or sports that were done within the past 4 weeks of answering the survey.The total weekly alcohol intake was calculated by adding up the units of each type of drink and multiplying that number by the reported frequency of consumption (1 UK unit=0.8 standard Australian drinks).

Drinking levels were defined as:   The senior author Associate Professor Emmanuel Stamatakis, from the Charles Perkins Centre and Faculty of Health Sciences at the University of Sydney, said, "Our research suggests that physical activity has substantial health benefits even in the presence of potentially unhealthy behaviors such as drinking alcohol. Exercising the recommended amount "appeared to wipe off completely" the inflated risk of cancer death resulting from alcohol, said Stamatakis. Similar physical activities also offset the increased risk of all-cause mortality linked to drinking. Exercising more gave slightly better results. One thing exercise did not moderate was death risk among those who drank at harmful levels --- "over 20 US standard drinks per week for women and over 28 US standard drinks for men," said Stamatakis.

Photograph by Colin Keaveney/Aurora Photos   The results also showed that occasional drinking -- drinking alcohol sometimes but not every week -- was associated with a reduced risk of death from cardiovascular disease among physically active people. "I would have expected that the moderating effect of physical activity would be more pronounced for cardiovascular disease than for cancer mortality risk," noted Stamatakis. Since it is an observational study, the results only "suggest a relationship" between exercise, drinking and health benefits, said Michael Hyek, senior director of Ohio Health's McConnell Heart Health Center. The researchers relied on self-reported accounts of lifestyle factors that may or may not be reliable. They also did not study eating habits or medication use or other factors that might play a role in how exercise plays into health when drinking is involved, said Hyek, who was not involved in the research.   Alcohol-related Cancers:   Although the good news shows we can evade these cancers and death by anything with a bit of exercise, Dr. Stamatakis from the University of Sydney does note "We cannot suggest that doing some exercise is a license to drink more alcohol, as alcohol abuse causes significant health and societal damage. But given that so many people do drink alcohol, our study gives yet another compelling reason to encourage and empower people to be physically active and ask policy makers to invest in physical activity-friendly environments. So enjoy that thought on your next run! It's like you'll be cheating death with every step you make. We'll cheers to that!   If you are interested in curbing your alcohol intake, we found hope these items point you in the right direction: 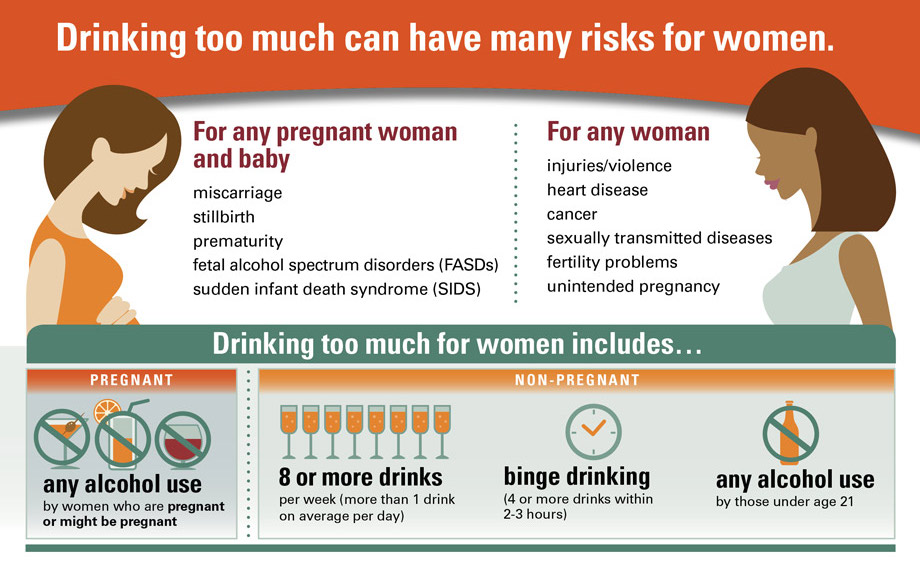 What happens to cancer risk after a person stops drinking alcohol?

Most of the studies that have examined whether cancer risk declines after a person stops drinking alcohol have focused on head and neck cancers and on esophageal cancer, but in general, they have found that stopping alcohol consumption is not associated with immediate reductions in cancer risk. It may take years for the risks of cancer to return to those of never drinkers. In this example, a pooled analysis of 13 case-control studies of cancer of the oral cavity andpharynx combined found that alcohol-associated cancer risk did not begin to decrease until at least 10 years after stopping alcohol drinking. Even 16 years after people have stopped drinking alcohol, the risk of cancer was still higher for ex-drinkers than for never drinkers (18). In many studies, the risk of esophageal cancer was found to decrease slowly in time since stopping alcohol drinking. A pooled analysis of five case control studies found that the risk of esophageal cancer did not approach that of never drinkers for at least 15 years after stopping alcohol drinking (18). how does alcohol damage the body?

The chemical name for alcohol is ethanol (CH3CH2OH). The body breaks down and gets rid of ethanol in separate steps. Chemicals called enzymes help to break apart the ethanol molecule into other compounds (metabolites), which can be processed more easily by the body. A few of these intermediate metabolites can have harmful effects on the body. Most of the ethanol is broken down in the liver by an enzyme called alcohol dehydrogenase (ADH). It transforms ethanol into a toxic compound called acetaldehyde (CH3CHO), a known carcinogen. Acetaldehyde is generally short-lived. It is quickly broken down to a less toxic compound called acetate (CH3COO-) by another enzyme called aldehyde dehydrogenase (ALDH). Acetate is then broken down to carbon dioxide and water, mainly in tissues other than the liver. Although acetaldehyde is short lived in the body only for a brief time before it is further broken down into acetate, it has the potential to cause significant damage. This is particularly evident in the liver, where the bulk of alcohol metabolism takes place. Some alcohol metabolism also occurs in other tissues, including the pancreas and the brain, causing damage to cells and tissues.

Small amounts of alcohol are metabolized to acetaldehyde in the gastrointestinal tract, which exposes these tissues to acetaldehydes damaging effects. In addition to its toxic effects, some researchers think that acetaldehyde may be responsible for some of the behavioral and physiological effects previously attributed to alcohol. Like when acetaldehyde is administered to lab animals, it leads to incoordination, memory impairment, and sleepiness, effects often associated with alcohol. However, other researchers report that acetaldehyde concentrations in the brain are not high enough to induce these effects. The brain has a unique barrier of cells (the blood brain barrier) that help to protect it from toxic products circulating in the bloodstream. It's possible though that acetaldehyde may be produced in the brain itself when alcohol is metabolized by the enzymes catalase and CYP2E1.   Tagging tumors is changing the pace of cancer research. Get our free AG Cancer Biomarker E-guide here: [pardot-form class="155" id="2732" title="AG Biomarker Form"]

References University of Sydney. "Physical activity may offset some of alcohol's lethal harms." ScienceDaily. ScienceDaily, 7 September 2016. <www.sciencedaily.com/releases/2016/09/160907215152.htm>. Alcohol and Cancer Risk. (n.d.). from http://www.cancer.gov/about-cancer/causes-prevention/risk/alcohol/alcohol-fact-sheet 'Strong Evidence' Shows That Alcohol Causes 7 Cancers, Researcher Argues. (n.d.). from http://www.livescience.com/55497-does-alcohol-cause-cancer.html Exercise can cancel out the booze, says study. (n.d.). from http://www.cnn.com/2016/09/07/health/exercise-alcohol-and-death-risk/ Tagging tumors with biomarkers is changing the world of Cancer research. Get updated about the field in our free 20-page Cancer Biomarker E-guide below: (We will not share your informations.) Alcohol's Effects on the Body | National Institute on Alcohol Abuse and Alcoholism (NIAAA). (n.d.). Retrieved September 13, 2016, from https://www.niaaa.nih.gov/alcohol-health/alcohols-effects-body NIAAA Publications. (n.d.). Retrieved September 13, 2016, from http://pubs.niaaa.nih.gov/publications/AA72/AA72.htm