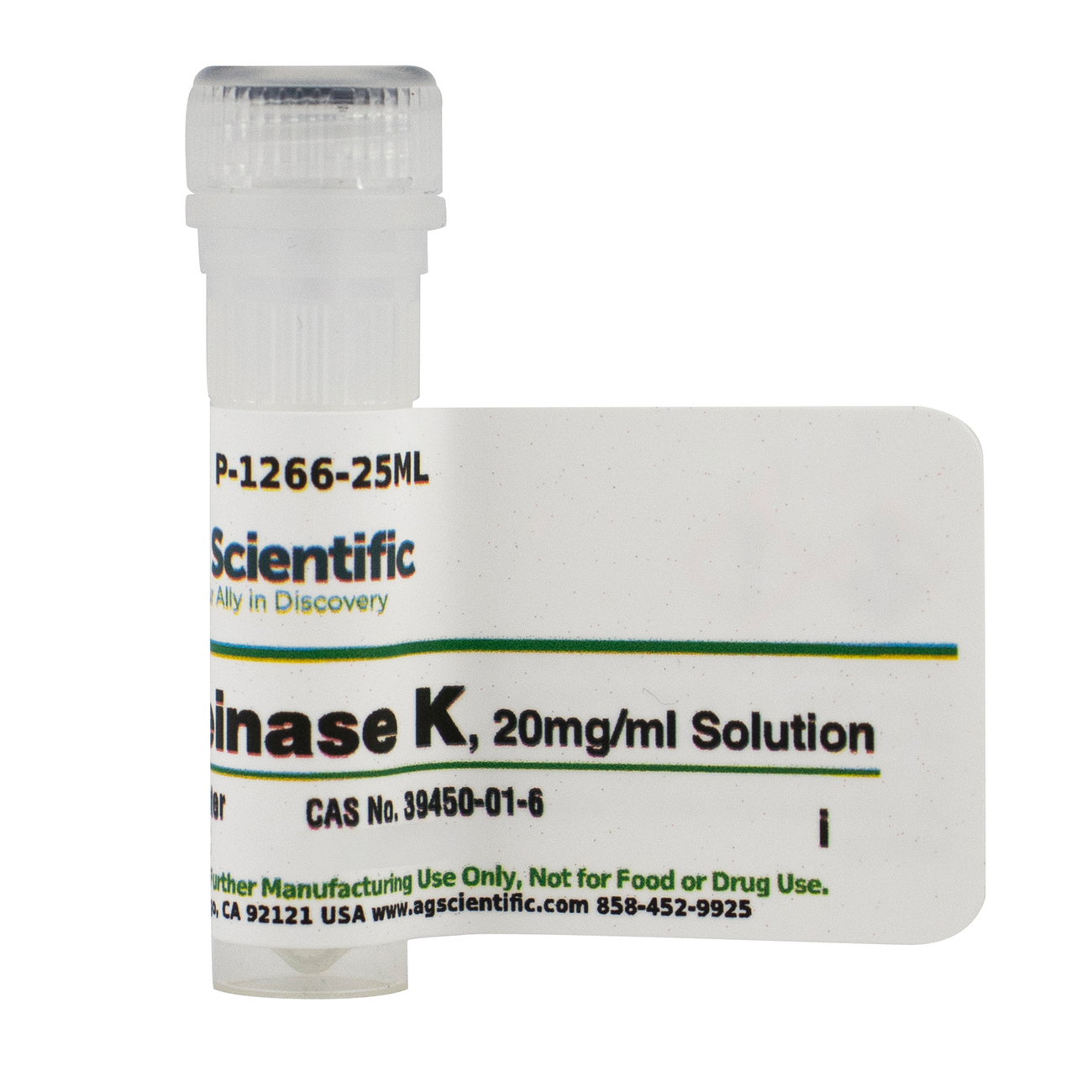 Proteinase K is a highly active 28,904-Da serine protease isolated from the fungus Tritirachium album.  A highly reactive serine protease that displays the ability to digest native proteins, thereby inactivating enzymes such as DNase and RNase without recourse to a denaturation process. It is the most powerful proteinase among all proteinases characterized so far. It cleaves at the peptide bond adjacent to the carboxylic acid group of aliphatic, aromatic or hydrophobic amino acids.

The application of Proteinase K solution is similar to the Native Proteinase K and is used in the isolation or preparation of high molecular weight nucleic acids. However, this Proteinase K is highly pure and has a higher specific activity and is more stable at room temperature as compared to native Proteinase K. It is stable and active over a wide pH range of 4-12. Proteinase K  is also active with SDS, urea and EDTA and the most active temperature is 65°C. It is inactivated by diisopropyl fluorophosphates (DFP) and phenyl methane sulfonyl fluoride (PMSF).

•  Proteinase K is extremely effective on native proteins and can, therefore, be used to rapidly inactivate endogenous nucleases such as RNases and DNases. This property makes Proteinase K particularly suitable for the isolation of native RNA and DNA from tissues or cell lines.

• Proteinase K is also used for the analysis of membrane structures by modifying proteins and glycoproteins on cell surfaces.

• The enzyme is particularly well suited for isolating nucleic acids for amplification reactions.

• Proteinase K can be used to remove cellular debris during the preparation of colony lifts, and to treat tissue sections to ensure efficient probe infiltration during in situ hybridization.

• 8 Benefits of Choosing AGS as Your Proteinase K Supplier