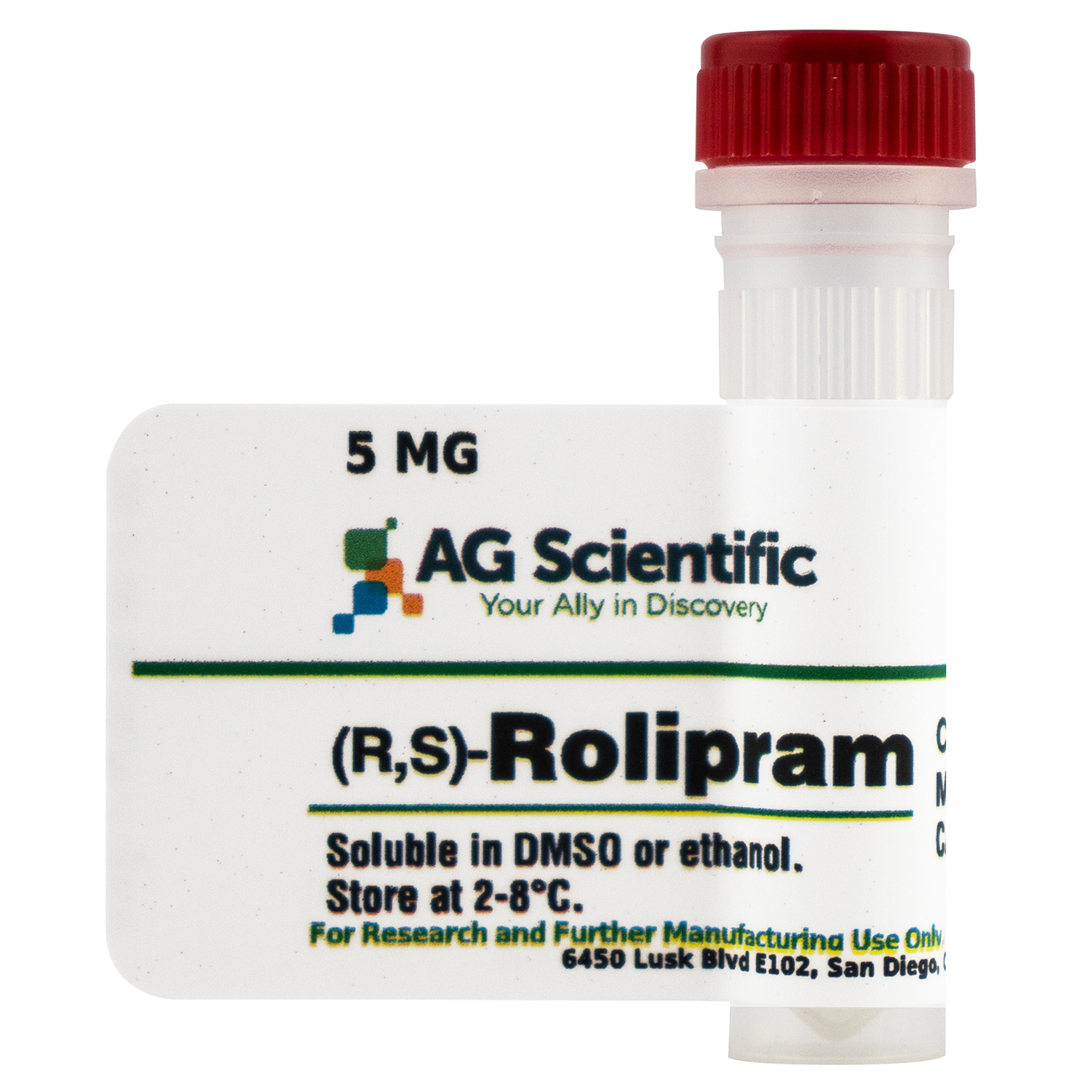 
Rolipram is a selective phosphodiesterase-4 inhibitor discovered and developed by Schering AG as a potential antidepressant drug in the early 1990s. It was previously used as an antideppresant but was discontinued because of its serious side effects. Rolipram has shown to boost the levels of NMNAT2 (Nicotinamide mononeucleotide adenylyl transferase 2), an enzyme that blocks the processes associated with dementia - a form of Alzheimers. In other studies it has shown to breakdown misfolded tau proteins.