There are five families of proteases in which serine (eg: proteinase K/protease K/endopeptidase K), threonine, cysteine, aspartic or metallic groups play a primary catalytic role. Protease enzymes break the long chain-like molecules of proteins into shorter fragments. They are ubiquitous, found in all living organisms, and are essential for cell growth and differentiation.

While protease enzymes play important roles in living things, extracellular proteases have commercial value and have multiple applications in various industrial sectors. Proteases came to be a useful product with the help of the Bacillus species which is used in many medical, pharmaceutical, agricultural, and industrial processes for their wide range of physiologic characteristics and ability to make a host of enzymes, antibiotics, and other metabolites like proteases, esterases, and other kinds of exoenzymes. Here are some of the top uses of protease enzymes in different industries.

1. Proteases are in detergent Proteases are a standard ingredient of all kinds of detergents, ranging from household laundering reagents to reagents used in cleaning contact lenses or dentures. The use of proteases in laundry detergents accounts for approximately 25% of the total worldwide sales of enzymes. The preparation of the first enzymatic detergent, burnus, dates back to 1913, and consisted of sodium carbonate and a crude pancreatic extract. The first detergent containing the bacterial enzyme was introduced in 1956 under the trade name BIO-40. 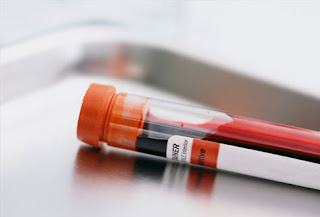 It was found that protease from Spilosoma oblique could be used for the removal of blood from cotton clothes in Anwar and Saleemuddin's 1997 study. Properties of the microbial protease include alkaline pH, thermostability, and ability to digest collagen, which helps in de-hairing. Alkaline proteases also show an increased capability of removing proteins and stains from cloth, so it is used in detergent powder and solutions.

The uses of applications of protease were primarily found in the wool industry. Wool fibers are covered in overlapping scales pointing towards the fiber tip. A successful method to achieve this involved the partial hydrolysis of scale tips with the protease, papain. This method was abandoned a few years ago, primarily for economic reasons. Certain proteases have been used in food processing for centuries and any records of the discovery of their activity have been lost amidst time. Papain from the Kaves and unripe fruit of carica papaya have been used to tenderize meat. Protease enzymes play a prominent role in meat tenderization, especially of beef. An alkaline elastase (Takage et al., 1992) and thermophilic alkaline protease (Wilson et al., 1992) have proved to be successful and promising meat tenderizing enzymes, since they can hydrolyze connective tissue proteins as well as muscle fiber proteins.


A patented method used a specific combination of neutral and alkaline proteases for hydrolyzing raw meat, possibly because the preferential specificity was favorable when metalloprotease and serine protease were used simultaneously (Pender son et al., 1994). Current trends in similar research show another alkaline protease from B. amyloliquefaciens. It resulted in the production of a methionine rich protein hydrolysate from chickpea protein (George et al., 1997).

6. It has medical therapeutic use

Various metabolic processes such as blood coagulation, fibrinolysis, complement activation, phagocytosis and blood pressure control are regulated by proteases (Adinarayana et al., 2004). Collagenases with alkaline protease activity are now mostly used for therapeutic applications in the preparation of slow-release dosage forms. Elastosterase, a preparation with high electrolytic activity from B. subtilis 316M was immobilized on a bandage for the therapeutic application in the treatment of burns and purulent wounds, carbuncles, furanches and deep abscess (Kudrya and Simonanko, 1994) and alkaline proteases having fibrinolytic activity have been used as a thrombolytic agent. (Kim et al., 1996).

Protease enzymes account for nearly 60% of the industrial market in the world. They have applications in a number of biotechnological processes, in food processing, pharmaceuticals, and many industries including leather, silk, bakery, soy, meat and breweries. The wide array of protease applications can make you appreciate the impact microorganisms contribute to our daily lives!