Home Blog Amlexanox, a newly discovered treatment for obesity?
Back to List 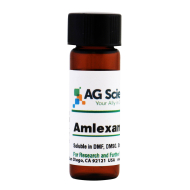 Recurrent aphthous ulcer (RAU) aka canker sore is the most prevalent oral mucosal disease in humans, estimated to affect between 5% and 50% of the general population. Amlexanox is a novel anti-inflammatory and anti-allergic agent that has been evaluated for the treatment of RAU.

Recurrent aphthous ulcer (RAU) aka canker sore is the most prevalent oral mucosal disease in humans, estimated to affect between 5% and 50% of the general population. Amlexanox is a novel anti-inflammatory and anti-allergic agent that has been evaluated for the treatment of RAU. These findings suggest that 5% amlexanox topical paste is a useful and well tolerated therapeutic option for the treatment of RAU1.   Chronic inflammation, obesity, and insulin resistance appear to be linked by an uncharacterized mechanism involving nuclear factor B (NF- B). NF- B is activated when its inhibitory regulator I B (inhibitor of B) is inactivated by the I B kinase (IKK) complex through phosphorylation mediated by the IKK-Î± or IKK-Î² subunits. Doctors will begin testing amlexanox in humans later this year. Reilly et al. found that an anti-inflammatory drug, amlexanox, currently used to treat asthma, allergic rhinitis, and canker sores, rapidly reduced weight and insulin resistance in obese mice by inhibiting the IKK family kinases TBK1 [TRAF family member associated NF- B activator (TANK) binding kinase 1] and IKK22. The abundance and kinase activity of both TBK1 and IKK-2 increased in the liver & adipose tissue of mice fed high-fat diets. Their increase correlated with the onset of inflammatory macrophage infiltration in these tissues, and both macrophage infiltration and the increase in the activities of the two kinases were inhibited by treatment of the mice withamlexanox. Together, the findings suggest that amlexanox elicits its metabolic effects through inhibition of both TBK1 and IKK2 and that this drug may be repurposed to treat obesity3. Because members of the S100 gene family are known to be involved with the function of the cytoskeleton, we examined the ability of amlexanox to modify the cytoskeleton. Amlexanox binds S100A13 and inhibits the release of fibroblast growth factor 1 (FGF1). Amlexanox induces a dramatic reduction in the presence of actin stress fibers and the appearance of a random, non-oriented distribution of focal adhesion sites. The ability of amlexanox to inhibit FGF1 release is reversible and correlates with the restoration of the actin cytoskeleton, suggesting a role for the actin cytoskeleton in the FGF1 release pathway4. The release of signal peptideless proteins occurs through non-classical export pathways and the release of fibroblast growth factor (FGF)1 in response to cellular stress is well documented. Amlexanox, a compound that is known to attenuate actin stress fiber formation and FGF1 release, was able to repress this process. This data suggest that the assembly of the intracellular complex involved in the release of FGF1 occurs near the inner surface of the plasma membrane and is dependent on the F-actin cytoskeleton5. Hsp90 (heat-shock protein 90) alone can act to prevent protein aggregation and promote refolding in vitro, but in vivo it operates as a part of a multichaperone complex, which includes Hsp70 and cohort proteins. Since the physiological function of Hsp90 is not yet fully understood, the development of specific antagonists might open new lines of investigation on the role of Hsp90. In an effort to discover Hsp90 antagonists, we screened many drugs and found that the anti-allergic drugs DSCG (disodium cromoglycate) and amlexanox target Hsp90. Both drugs were found to bind directly wild-type Hsp90 via the N- and C-terminal domains. Both drugs strongly suppressed the in vitro chaperone activity of native Hsp90 towards citrate synthase at 1.5-3.0 µM6.