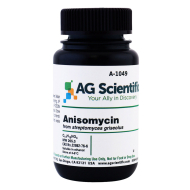 The broadly held idea that memory formation in the brain is the cause of protein synthesis was challenged in light of data released by US researchers. By injecting a protein synthesis inhibitor, Anisomycin, into the brain, researchers then found they could boost certain levels of neurotransmitters.

The broadly held idea that memory formation in the brain is the cause of protein synthesis was challenged in light of data released by US researchers. By injecting a protein synthesis inhibitor, Anisomycin, into the brain, researchers then found they could boost certain levels of neurotransmitters. Specifically, by elevating the levels of noradrenalin, dopamine, and serotonin within the amygdala, researchers produced the desired effect of amnesia in rats [1]. According to Paul God, who led the research out of the Institute for Genomic Biology, University of Illinois at Urbana-Champaign, came to the conclusion, This really gets at the foundation of data for the dominant view of long-term memory formation. Which, for the last 30 years has been establishing the first steps in how we form long-term memories, widely accepted to be from the synthesis of novel proteins in the brain. The idea that inducing amnesia can prevent certain long-term memories formation came from original research using aprotein synthesis inhibitor. When it came to the examining that principle more closely, researchers in the US concluded that, the results of those studies are absolutely correct, but that the interpretation of those results might not be correct, said lead researcher Paul Gold. Now, in a rat study of learning and memory, researchers at the University of Illinois at Urbana-Champaign have demonstrated that injecting the protein synthesis inhibitor anisomycin into the amygdala, a part of the brain linked to memory processing, causes a major disruption linked to the levels of neurotransmitters.

Depiction of protein synthesis by injecting Anisomycin into the brain's amygdala leading to a large flux in neurotransmitter levels. (Image Courtesy: PNAS) Researchers noted levels of noradrenalin, dopamine, and serotonin within the amygdala to foster the increase, by anywhere between 1,000 and 17,000 percent, immediately after the injected dose of anisomycin. Those levels fell back again to baseline after 8-48 hours passed. Anisomycin has been used to prove the importance of protein synthesis in long-term memory formation, because although animals given the drug shows some initial signs of memory, within a few hours, the memory has been lost, said Paul Gold, suggesting that impairing the memory from lingering prevents long-term synapse formation directed by the release of basic neurotransmitters. Gold added, We've shown that the drug has a major additional action which can account for those effects resulting in large fluxes in the release of neurotransmitter in that same brain area. According to Steven Rose, professor of biology and director of the Brain and Behavior Research Group at The Open University in the UK said, Their findings do not rule out the role of protein synthesis, and, I have no reason to doubt the findings indeed some of us have been saying since the 1970s that it is important to look at other effects of protein synthesis inhibitors such as anisomycin. So while these findings do not rule out decades of consideration placing proteins in the captains chair role in the wheelhouse of memories, it does support the heaps of evidence suggesting that they do contribute to the process   Purchase Anisomycin from A.G. Scientific ! To Read the full report click BELOW >>>>>>>> Amnesia produced by altered release of neurotransmitters after intra-amygdala injections of a protein synthesis inhibitor Supporting Information1 Intra-amygdala injections of anisomycin at varying intervals prior to training. Separate groups of rats received bilateral intra-amygdala injections of anisomycin (62.5 µg per side) or vehicle 20 min, 1 hour (h), 2 h, 6 h, or 24 h prior to inhibitory avoidance training (0.5 mA/1.5 sec). All injection volumes were 0.5 Î¼l/side and were delivered over 4 min (0.125 Î¼l/min) via a CMA/100 microinjection pump (Carnegie Medicin, Sweden). Anisomycin injected into the amygdala 20 min, 1 h, and 2 h before training significantly impaired retention latencies assessed 48 h later (P < 0.05 relative to vehicle). Anisomycin injections 6 or 24 h before training did not significantly impair 48-h retention.   Reference: [1] Canal et al. Amnesia produced by altered release of neurotransmitters after intra-amygdala injections of a protein synthesis inhibitor. Proceedings of the National Academy of the Sciences, United States of America.