Home Blog Chemical Inhibitor SP600125: How Does it Work?
Back to List 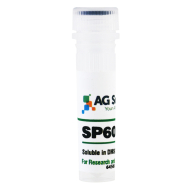 Chemical inhibitors have become game-changers when it comes to scientific research and clinical applications. They have the unique ability to target specific proteins and block their actions, which makes them excellent tools for identifying regulators, pathways, and mechanisms of various diseases and illnesses. Chemical inhibitor SP600125 has already been proven to play a significant role in scientific studies in cancer, diabetes, and bacterial infections.

Chemical inhibitors have become game-changers when it comes to scientific research and clinical applications. They have the unique ability to target specific proteins and block their actions, which makes them excellent tools for identifying regulators, pathways, and mechanisms of various diseases and illnesses. Chemical inhibitor SP600125 has already been proven to play a significant role in scientific studies in cancer, diabetes, and bacterial infections.

Chemical inhibitors vary in their effectiveness depending on the nature of the inhibitor and the nature of the reaction that it is to inhibit, among other factors. Chemical inhibitor SP600125 targets a specific protein enzyme called JNK (c-Jun N-terminal kinase). JNKs are a group of MAPKs (mitogen-activated protein kinases) known for cancer, inflammation (e.g., rheumatoid arthritis), neurodegenerative diseases (e.g., Parkinson and Alzheimer's), and other ailments. SP600125 acts as a potent, cell-permeable, selective, and reversible inhibitor of JNK, which makes it a useful research tool.

Chemicals that slow down or stop the actions of JNK provide a wide range of applications in biochemical, physiological, and pathological research. Due to its properties, chemical inhibitor SP600125 can inactivate protein kinases and interrupt the expression of genes.

This action allows researchers to identify various regulators, mechanisms, and pathways that can lead to human illness and disease. A better understanding of how the disease is mitigated paves the way for finding effective treatments. As such, JNK inhibitors have also shown potential as agents for cancer treatment and other therapeutic applications.

AG Scientific's Chemical Inhibitor SP600125 has Been Cited in more than 100 Scientific Studies!

A study published in Gene describes how researchers have found a link between alcohol consumption and various cancers, including those affecting liver and breast cells. A recent study on the mechanisms causing this type of cancer was performed using chemical inhibitor SP600125 supplied by AG Scientific. As a result of using this inhibitor, they found that ethanol activates JNK, which in turn leads to malignant cell transformation.

AG Scientific's chemical inhibitor SP600125 also played a significant role in showing evidence of the pathway leading to insulin-resistant diabetes. It had been hypothesized that ghrelin, a peptide know to regulate the metabolism of glucose and lipids, may be responsible for inducing diabetes. In a recent study published in Cellular Physiology, researchers confirmed that certain pathways are activated by JNK, causing macrophage infiltration and chronic inflammation in adipose tissue, which can lead to insulin resistance and diabetes. The results of the study provide implications for further research in ghrelin suppression and treatment of diabetes

Q fever is an acute and chronic illness caused by a bacterial infection. It has been unclear how the human immune system responds to the presence of Coxiella burnetiid, the causative agent. As documented in The Journal of Infectious Diseases, researchers acquired chemical inhibitor SP600125 from AG Scientific and used it to study the role of JNKs in the immune response. As a result, they confirmed the role of immune response regulators against Q fever infection-causing bacteria. While it remains unclear as to why only certain people develop Q fever after exposure to Coxiella burnetiid, the findings offer opportunities for continued research.

Chemical inhibitors with the ability to target specific proteins open the door to future advancements in medicine by providing a better understanding of disease mechanisms, allowing for the discovery of cures for chronic illnesses. AG Scientific readily supplies chemical inhibitor SP600125 for scientific studies requiring inhibition of JNK. SP600125 has an advantage in that it provides over 300-fold greater selectivity for JNK than that provided by ERK1 and p38. As seen in its role in finding regulators, pathways and mechanisms in cancer, diabetes and bacterial infections, AG Scientific's SP600125 serves as an effective tool in many areas of important scientific research.