Dithiothreitol (DTT) Applications You Must Know

Home Blog Dithiothreitol (DTT) Applications You Must Know
Back to List 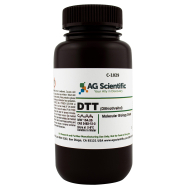 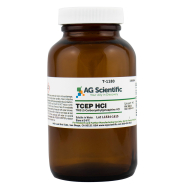 Dithiothreitol (DTT) Applications You Must Know

Dithiothreitol (DTT) is a redox reagent also known as Cleland’s reagent. It is used to break down protein disulfide bonds and stabilize enzymes and other proteins. DTT is a small molecule and is an epimeric compound of dithioerythritol (DTE) These reducing reagent products are readily supplied by AG Scientific, Inc. 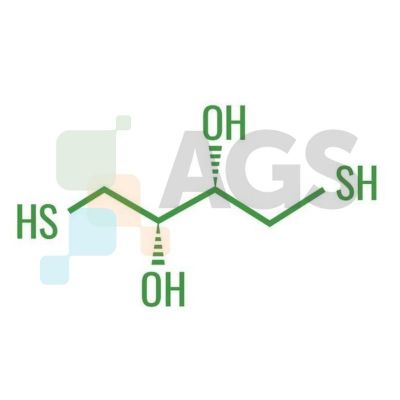 DTT is involved in disulfide exchange reactions. DTT is used at 1-10 mM for protein SS reduction and is capable of crossing biological membranes.

Dithiothreitol is a strong reducing agent with a redox potential of -0.33 V at pH 7. The reduction of a disulfide bond is followed by two sequential thiol-disulfide exchange reactions (see Fig. 2 below). The reduction generally continues past the mixed-disulfide species due to the second thiol in DTT having an increased tendency to close the ring. This causes the formation of an oxidized DTT and leaves behind a reduced disulfide bond. DTT’s reducing power is limited to pH values greater than 7, since only the negatively charged thiolate form is reactive. The thiol groups have pKa values of 9.2 and 10.1.

Protocols for Reducing Proteins or Peptides with DTT (Dithiothreitol)

General Protocol to Reducing Cysteines in a Protein or Peptide Solution 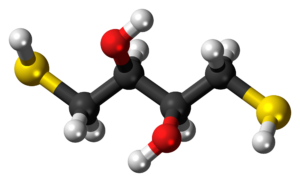 Reducing Proteins or Peptides in Solution Prior to Alkylation

DTT is highly soluble in water,  forming a clear solution. DTT is also soluble in the following:

Dithiothreitol can substitute for  2-mercaptoethanol in most applications.

DTT solutions should be prepared fresh daily. If improperly stored (including room temperature and solution forms) its reducing ability may be reduced. Exposure to air should be minimized, even though DTT has a lower tendency to be oxidized directly by air than other reducing agents.

Recorded half-life of DTT solutions at various pH and temperatures (all are in M potassium phosphate buffer):

DTT is commonly used in the study of disulfide exchange reactions to reduce the disulfide bonds of proteins and reconstruct the proteins before electrophoresis analysis. The process removing DTT is performed via desalting procedures such as dialysis or gel-filtration.   DTT stops the formation of both intra- and inter-molecular disulfide bonds between cysteine residues. Disulfide bonds that are inaccessible to the solvent can be further targeted using additional denaturing techniques such as increased temperature or the addition of a powerful denaturant.

As an antioxidant, DTT is used as a protective agent against ionizing radiations in living cells.

Thiolated DNA form dimers in solutions where oxygen is present causing coupling reactions to be lowered. For instance DNA can be immobilized on gold in biosensors. Dithiothreitol will react with DNA solutions and then removed using filtration or chromatography.

Studies have found DTT can be used to increase the efficiency of ethanol production from biofuels. Additional reading here: Effect of the reducing agent dithiothreitol on ethanol and acetic acid production by clostridium strain P11. Biofuels, especially bioethanol, is already used in the transportation industry as a fuel additive. Bioethanol is produced commercially from corn and other starch-rich feedstocks. In Brazil, biofuels are produced from sugar cane. There is an ongoing research on the production of bioethanol from other sugar crops.

Dithiothreitol is used as an oxidizing agent to prevent population of mixed-disulfide species. In some instances dithiothreitol may form an adduct causing it to not cyclize since there are no free thiols remaining.