Exploring the uses of pepstatin A

Home Blog Exploring the uses of pepstatin A
Back to List 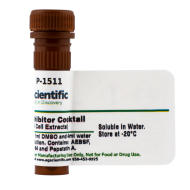 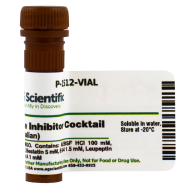 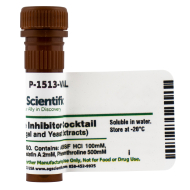 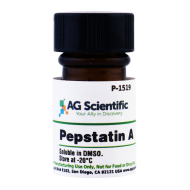 Pepstatin A is of microbial origin and is an N-acyl-pentapeptide, more accurately: isovaleryl-L-valyl-L-valyl-statyl-L-alanyl-statine. Pepstatin A was found to be a potent competitive inhibitor of most aspartic proteases but a weak inhibitor of renin.

Pepstatin A is of microbial origin and is an N-acyl-pentapeptide, more accurately: isovaleryl-L-valyl-L-valyl-statyl-L-alanyl-statine. Pepstatin A was found to be a potent competitive inhibitor of most aspartic proteases but a weak inhibitor of renin. Originally it was thought to be effective in the treatment of duodenal ulcer and went through clinical trials but had no success. 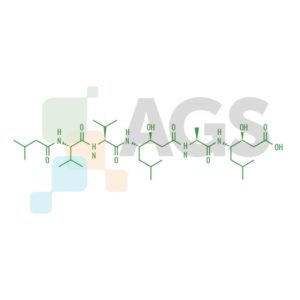 It was originally isolated from cultures of various species of Actinomyces due to its ability to inhibit pepsin at picomolar concentrations. It was later found to inhibit nearly all acid proteases with high potency and, as such, has become a valuable research tool, as well as a common constituent of protease inhibitor cocktails.  Statine, an amino acid, is thought to be responsible for the inhibitory activity of pepstatin A. That is because it mimics the tetrahedral transition state of the peptide catalysis.   Pepstatin A is a potent reversible inhibitor of aspartic proteases. Pepstatin A inhibits pepsin, cathepsin D, renin, chymosin and HIV proteases. Effective concentration 1µM. Pepstatin A inhibits pepsin at picomolar concentrations. Pepstatin A is well known to be an inhibitor of aspartic proteinases such as pepsin, cathepsins D and E.  Extracellular protease activities in cell cultures can be suppressed by using Pepstatin A in combination with chymostatin. Except for its role as a proteinase inhibitor, however, the pharmacological action of pepstatin A upon cells remain unclear. Pepstatin A suppress receptor activator of NF-B ligand (RANKL) induced osteoclast differentiation. Pepstatin A suppress the formation of multinuclear osteoclasts dose-dependently. This inhibition of the formation only affected osteoclast cells, i.e., not osteoblast-like cells. 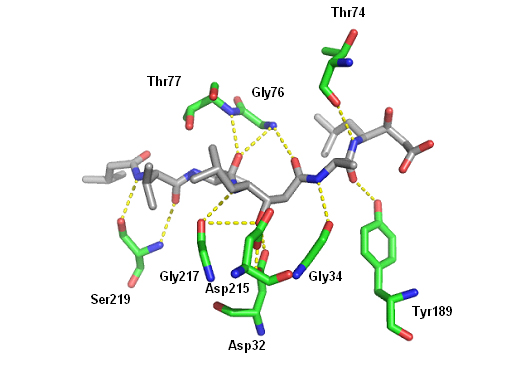 Furthermore, pepstatin A also suppress differentiation from pre-osteoclast cells to mononuclear osteoclast cells dose-dependently. This inhibition seems to be independent of the activities of proteinases such as cathepsin D, because the formation of osteoclasts was not suppressed with the concentration that inhibited the activity of cathepsin D. Cell signaling analysis indicated that the phosphorylation of ERK was inhibited in pepstatin A-treated cells, while the phosphorylation of IÎºB and Akt showed almost no change. Furthermore, pepstatin A decreased the expression of nuclear factor of activated T cells c1 (NFATc1). These results suggest that pepstatin A suppresses the differentiation of osteoclasts through the blockade of ERK signaling and the inhibition of NFATc1 expression.   GET YOUR FREE PROTEINASE K E-GUIDE HERE   Pepstatin A Specifications: Sources: