Home Blog Gene Editing for Cystic Fibrosis
Back to List 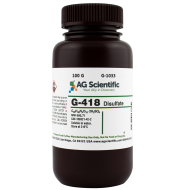 What Is Gene Editing?

Gene editing is the process of using genetic engineering to alter an organism's DNA. While the processes vary, gene editing allows scientists to add, remove, or alter genetic material at specific points in the human genome. Manipulating genetic material results in adding or removing specific traits. In many cases, the traits that scientists are trying to remove are genes that cause diseases for which there are no available treatments.

The most well known gene editing technique is CRISPR-Cas9, or "CRISPR". CRISPR[1] was designed to mimic natural gene editing that occurs among bacteria. Certain forms of bacteria capture DNA from hostile viruses and use them to create DNA segments know as CRISPR arrays. This process allows bacteria to more affectively stave off infection. When attacked, bacteria can use RNA segments from CRISPR arrays to target the virus' DNA using Cas-9 or similar enzymes. Bacteria can then "cut" the virus' DNA, rendering it harmless.

Cystic fibrosis is a hereditary disorder[2] that affects the lungs and digestive system. The disease affects cells that produce mucus, sweat, and digestive fluids that are essential to critical body functions. Cystic fibrosis causes those fluids to become thick and sticky, clogging the lungs and other passageways. This makes it difficult for patients to breathe normally.

Since cystic fibrosis is hereditary, it cannot be treated like a normal infection caused by external bacteria or viruses. The condition is normally treated with antibiotics to address secondary chest infections and drugs that thin the mucus in the lungs. Gene editing offers another solution that can potentially treat the root genetic causes of cystic fibrosis and provide permanent relief. The genetic mutation responsible for cystic fibrosis is a mutation in both copies of the cystic fibrosis membrane conductance regulator (CFTR) gene. Genetic engineering techniques like CRISPR can locate the 20 DNA markers that are responsible for the CFTR mutation. CRISPR can then "snip" the affected markers, triggering the DNA to rewrite that genetic sequence without the mutation.

CRISPR can also be used to treat other hereditary diseases. In 2018, scientists[3] in the U.K. conducted an experiment using CRISPR to treat muscular dystrophy in dogs. After identifying the gene responsible for the canine version of the disease, scientists injected the dogs with an engineered virus designed to replace that particular gene. The treated dogs showed significant improvement within weeks and similar treatments could become available for human patients in the future. Regardless of the specific disease, scientists need the ability to isolate the gene responsible and replace it. Vectors that are reliably able to help select, remove, and replace troublesome genes are essential to genetic engineering.

How Does G-418 Antibiotic Fit into the Picture?

G-418 Sulfate Salt is one of several gene selection antibiotics. Others include Hygromycin B, Blasticidin S HCl, and Puromycin (see table below for more). G-418 is also referred to as geneticin and is used in molecular genetic experiments requiring eukaryotic transformation.

Transformation is one of several ways that genes can be transferred through direct contact between different types of bacteria. Transformation experiments involve altering cells through the uptake and incorporation of external genetic material via the cell membrane. G-418 functions by causing a series of mutations during translation that inhibit polypeptide synthesis and protein elongation. It is specifically used to select and maintain eukaryotic cells that are transfected with vectors expressing neomycin resistance. G-418 is also frequently used as a gene selection antibiotic in genome editing utilizing CRISPR.

How G-418 is Used for Gene Editing

G-418 can kill eukaryotic cells but several genes can help cells survive exposure. One such gene is neoR. Introducing neoR into cells can effectively make them immune to G-418. Once researchers confirm that the cells are immune they can isolate the vector that introduced G-418. A vector is a DNA molecule that can be used as a vehicle to carry foreign genetic material into another cell. That's the science that makes CRISPR and other forms of genetic engineering possible. Scientists rely on natural biological processes to transfer genetic material from one cell to another. Without G-418, it would be far more difficult and time consuming to isolate those vectors.

Genetic engineering gives scientists and medical professionals the ability to literally rewrite portions of the human genome. This technology permanently eliminates hereditary conditions and provides lasting relief. Critical to this process is G-418, which lets scientists conduct research into hereditary diseases and find the specific portions of the genome responsible. With the right research and enough time, some of the worst diseases could soon be history.