The naturally occurring dietary compound, trans-resveratrol (trans-3,4',5-trihydroxystilbene), a natural phytoalexin present in grape skins, red wines, and grape juices, is sold over the counter in the United States as a nutritional supplement. 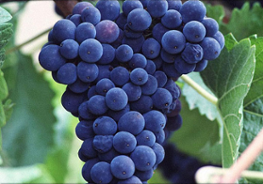 Resveratrol: A minor product found in grapes and wine that contains anti-cancer properties 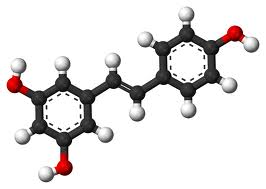 The naturally occurring dietary compound, trans-resveratrol (trans-3,4',5-trihydroxystilbene), a natural phytoalexin present in grape skins, red wines, and grape juices, is sold over the counter in the United States as a nutritional supplement. At low concentrations, normally occurring in food, it exerts antioxidant property, accounting for its beneficial effects on the cardiovascular system and neuroprotection. However, several in vitro and in vivo studies have shown that at higher doses, it shows anticancer activity by interfering with different cellular events associated with initiation, promotion, and progression of multistage carcinogenesis. The chemopreventive activity of trans-resveratrol has been demonstrated notably in breast cancer and leukemia. It has also been found that successive treatment of trans-resveratrol delays ulcer healing induced by ischemia reperfusion and acetic acid. This kind of ulcerogenic properties of trans-resveratrol demands for the design of its new potential analogs, especially for chemotherapeutic purpose but certainly has to be devoid of ulcerogenic properties, which is a major disadvantage of trans-resveratrol.

Chemically, trans-resveratrol possesses a hydroxystilbenoid structure that is easy to synthesize and amenable forsubtle modifications to impart different biological activities. As efficient antioxidants and stimulators for prostaglandin (PG) synthesis and angiogenesis, many phenolics are known to show antiulcerogenic activities. However, reports on the gastroprotective property of the hydroxystilbenoids are scarce. 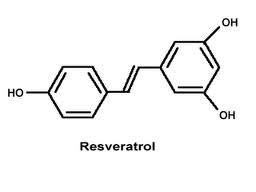 Earlier, trans-resveratrol treatment was found to delay healing of gastric ulcer induced by ischemia-reperfusion and acetic acid by reducing PGE2 synthesis via specific inhibition of cyclooxygenase (COX)-1. Later, trans-resveratrol was also found to suppress the phorbol ester-induced COX-2 mRNA expression. It has also been suggested that trans-resveratrol acts as an angiogenesis inhibitor that may cause the delay of ulcer healing. Considering the ulcerogenic adverse effect of trans-resveratrol, earlier we synthesized a series of trans-resveratrol congeners as E/Z mixtures and evaluated their anti- and pro-oxidant properties vis-a`-vis trans-resveratrol to develop a novel compound that would retain anticancer properties but devoid of ulcerogenic side effects. True to our expectation, the potency of the compounds was found to be dependent on structural features, like number and positions of the hydroxyl groups, presence of free phenolic and olefinic moieties, and substitution pattern of the olefinic groups. Encouraged by the results, we synthesized the E-hydroxystilbene (coded as HST-1) containing a bis-resorcinol moiety. In this study, we rationalized the effect of trans-resveratrol and HST-1 on the indomethacin-induced gastrotoxicity in terms of biochemical mechanism and also compared their anticancer activity to explore the potential of HST-1 as a plausible substitute of trans-resveratrol. Source: Prasun Guha, Anindya Dey, Biswanath Sarkar, Manish V. Dhyani, Subrata Chattopadhyay, and Sandip K. Bandyopadhyay