Itâ€™s been almost 13 years since we lost our daughter, Daly Alexandra Lindgren, to SIDS. She was 3 months old. What is SIDS? SIDS is Sudden Infant Death Syndrome. Some people call it crib death.

Hope is a CHOICE 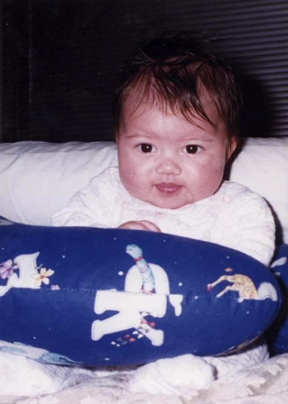 It's been almost 18 years since we lost our daughter, Daly Alexandra Lindgren, to SIDS. She was 3 months old. What is SIDS?  SIDS is Sudden Infant Death Syndrome.  Some people call it crib death. By definition, it's the sudden death of an infant under one year of age, which remains unexplained after thorough investigation by both physician and law enforcement. SIDS is the most common cause of death in infants between the ages of one month and one year, affecting nearly one out of every 1,000 live births. There are 3,000 to 4,000 SIDS deaths in the United States per year. Approximately one baby every two hours of the day and night dies of SIDS! There is no prevention for SIDS. There is currently no cure. In those first few days after Daly passed away, we recall not much beyond despair, anger, and deep sadness. Daly was a beautiful 3 month old baby, chubby-cheeked and thriving in every way. She was the light of our lives and the best part of us in every way. Having her ripped from us also meant having all hope ripped from us- for she was our future. So, how do you move on after the death of a child? We never thought we would have to ask ourselves this question. Those who have lived through the loss of a child, know. The answer is hope. But after such a tragedy, where do you find hope? As days turned to weeks, we had no sense of hope and felt as though we could not possibly survive the grief. But as unexpectedly as SIDS occurred, so did hope. Somehow, we found faith in each other, our family and friends. We came to the realization that those who love us would not only ensure our survival but also our revival. Hope came from the knowledge that in life, we have choices, despite not having any choice with SIDS. We CHOSE to have hope.  We CHOSE to make an impact towards eradicating SIDS. No parent should outlive their child. Since then, we have hosted the Daly Memorial Golf Tournament every year to raise funds for research. We are proud to say that we have raised close to $160,000.00. Eighteen years ago, the theories were numerous and unfocused. 2010 was a breakthrough year for SIDS research with the prevailing theory coming from the efforts of Dr. Hannah Kinney (Childrens Hospital Boston) with help from our own Dr. Henry Krous (Rady Childrens' Hospital San Diego). The findings from the study indicate we are closing in on a defect in the brainstem related to serotonin as a likely cause for SIDS. Both of these researchers have benefited from the proceeds of the Daly Memorial Golf Tournament. Even if you can't or don't know how to golf, we would love for you to join us for this hope-filled, fun event. All proceeds benefit the San Diego Guild For Infant Survival (www.sandiegosids.org), a not-for-profit 501(c) 3, tax exempt organization, tax ID 33-0531361. Please contact Chip Lindgren at chip@agscientific.com for details or donations. Hope is a choice. -Chip & Valerie Lindgren (SIDS Parents & SIDS Peer Counselors)