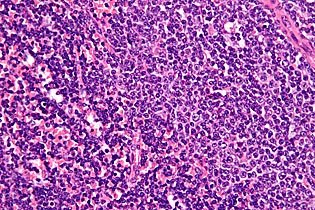 The molecule, called a monoclonal antibody, is being readied for human clinical trials in the not-too-distant future, lead researcher Thomas J. Kipps said. Kipps holds the Evelyn and Edwin Tasch Chair in Cancer Research at the UCSD Moores Cancer Center.

Named RG7356, the "humanized" monoclonal antibodytargets a receptor or surface molecule, called CD44, found on the chronic lymphocytic leukemia cells. The antibody is toxic to the cells, according to laboratory studies. The RG7356 antibody is already being clinically tested for solid tumors; this study indicates effectiveness may extend to nonsolid malignancies.

Monoclonal antibodies provide one of the most powerful weapons against cancers, because they are designed to home in on specific molecules. Some of them kill when linked to a toxic molecule, others kill directly.

The first monoclonal antibody approved against cancer was Rituxan, discovered by San Diego-based Idec Pharmaceuticals. Idec is now part of Biogen Idec, based in Cambridge, Mass. The Food and Drug Administration approved Rituxan for use against B-cell non-Hodgkin's lymphoma in 1997. Since then, Rituxan has been approved for use against chronic lymphocytic leukemia and for treating certain autoimmune diseases.

They did a really elegant job in working out the mechanism of action, Royston said. It looks like a very promising therapy for chronic lymphocytic leukemia, he said, cautioning that clinical trials will be the final determinant.

Rituxan was first used in lymphoma, and was subsequently used against CLL as well, Royston said. But I think that this antibody has the prospect of being even more efficacious than Rituxan against CLL.

Moreover, the RG7356 monoclonal antibody may be of use against other cancers, Royston said, noting that the study found that the receptor it attacks is also produced on what are believed to be cancer stem cells. These cancer stem cells are thought by many researchers to be the hardest cancer cells to remove, and the seed of future patient relapses when all the other cancer cells are eradicated.