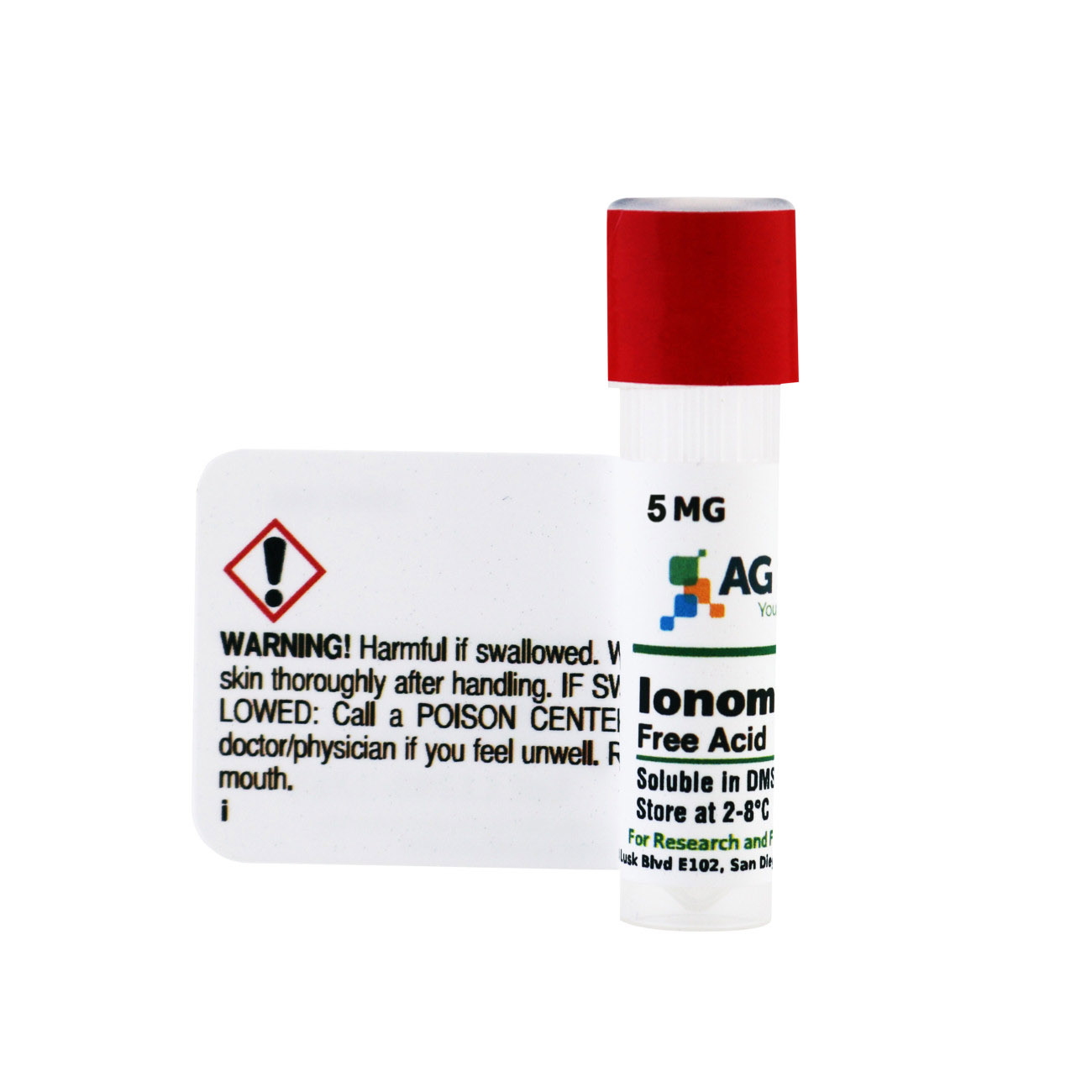 
Ionomycin is a highly specific ionophore isolated from Streptomyces conglobatus. It acts as a transport carrier of divalent cations, helping the cations across solvent barriers. It is used to study calcium transport across the plasma membrane.

It is known to induce apoptosis in some cell lines. For example, it is reported that ionomycin promotes apoptosis in immature B cells and regulates cell cycle in mature B cells. It is also believed that the ionophore induces apoptotic degeneration of embryonic cortical neurons.

Ionomycin is also used to stimulate the intracellular production of the cytokines, interferon, perforin, IL-2 and IL-4 usually in conjunction with PMA.