Ibuprofen is a non-steroidal anti-inflamatory drug used commonly as a pain killer, fever reducer and to relieve symptoms of arthritis, such as swelling, stiffness and joint pain. Ibuprofen non-selectively and reversibly inhibits cyclooxyganase enzymes COX-1 and COX-2.

Archadonic acid that is released from the cell mebrane is converted to an unstable intermediates prostagladin H2 - COX-1 and COX-2. These are converted by tissue specific synthases to various prostanoids. The prostanoids exert different biological effects through corresponding receptors. Not only does Ibuprofen exert its anti-inflammatory effect by inhibiting COX-1 and 2, it also triggers anti-nociceptive effects by inhibitng fatty acid amide hydrolase.

Epidemiological studies have suggested reduction in the risk of Alzheimers disease (AD) with the use of NSAID's, prompting further research by administering oral ibuprofen to transgenic mice model of AD. The results showed evidence that ibuprofen can significantly delay some forms of AD pathology such as amyloid deposition. 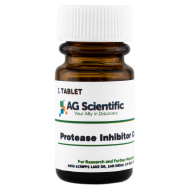