Home Blog 20 FACTS ABOUT PROTEASOMES & PROTEASOME INHIBITORS!
Back to List 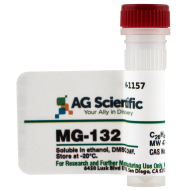 What are Proteasome Inhibitors? Proteasome inhibitors are drugs that block the action of proteasomes, cellular complexes that break down proteins, like the p53 protein. These inhibitors are being studied in the treatment of cancer, especially multiple myeloma. What are Proteasomes? Proteasomes are protein complexes inside all eukaryotes and archaea, and in some bacteria.
Where are they located in the cell?
In eukaryotes, they are located in the nucleus and the cytoplasm. What is their main function? The main function of the proteasome is to degrade unneeded or damaged proteins by proteolysis, achemical reaction that breaks peptide bonds. Enzymes that carry out such reactions are called proteases. Proteasomes are part of a major mechanism by which cells regulate the concentration of particular proteins and degrade misfolded proteins. The degradation process yields peptides of about seven to eight amino acids long, which can then be further degraded into shorter amino acid sequences and used in synthesizing new proteins.  Proteins are tagged for degradation with a small protein called ubiquitin. The tagging reaction is catalyzed by enzymes called ubiquitin ligases. Once a protein is tagged with a single ubiquitin molecule, this is a signal to other ligases to attach additional ubiquitin molecules. The result is a polyubiquitin chain that is bound by the proteasome, allowing it to degrade the tagged protein. What is the structure of a proteosome? In structure, the proteasome is a cylindrical complex containing a "core" of four stacked rings forming a central pore. Each ring is composed of seven individual proteins. The inner two rings are made of seven β subunits that contain three to seven protease active sites. These sites are located on the interior surface of the rings, so that the target protein must enter the central pore before it is degraded. The outer two rings each contain seven β subunits whose function is to maintain a "gate" through which proteins enter the barrel. These β subunits are controlled by binding to "cap" structures or regulatory particles that recognize polyubiquitin tags attached to protein substrates and initiate the degradation process. The overall system of ubiquitination and proteasomal degradation is known as the ubiquitin-proteasome system. The proteasomal degradation pathway is essential for many cellular processes, including the cell cycle, the regulation of gene expression, and responses to oxidative stress. The importance of proteolytic degradation inside cells and the role of ubiquitin in proteolytic pathways was acknowledged in the award of the 2004 Nobel Prize in Chemistry to Aaron Ciechanover, Avram Hershko and Irwin Rose.