Stating that antibiotics, first discovered in 1928 and commercially used by the 1940s, brought an unprecedented change to the world is not an overstatement. For decades now we have routinely cured illnesses and infections that were previously life-threatening. In recent years, however, bacterial infections have increasingly grown resistant to antibiotics. According to the CDC, approximately 2.8 million people each year suffer from an antibiotic resistant infection. About 35,000 will die due to drug resistant fungi and bacteria. 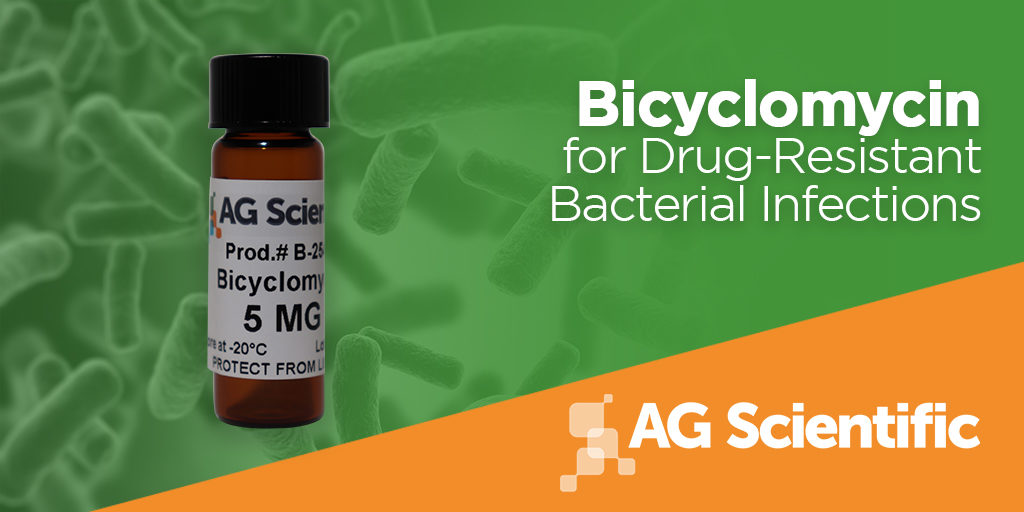 Stating that antibiotics, first discovered in 1928 and commercially used by the 1940s, brought an unprecedented change to the world is not an overstatement. For decades now we have routinely cured illnesses and infections that were previously life-threatening. In recent years, however, bacterial infections have increasingly grown resistant to antibiotics. According to the CDC, approximately 2.8 million people each year suffer from an antibiotic resistant infection. About 35,000 will die due to drug resistant fungi and bacteria. Antibiotic resistance occurs when bacteria develop abilities to overcome the drugs that we currently use to destroy them. When this happens it often means that we must use costly, extensive, and sometimes toxic alternatives to fight infections and save patients. The improper or overuse of antibiotics, as well as the lack of new antibiotics, has led to this increasing resistance. Researchers, however, are working to come up with new methods to treat drug resistant bacterial infections. Bicyclomycin is a drug that may prove successful in the fight against these types of infections.

Bicyclomycin was first discovered in 1972. Bicyclomycin was initially discovered when researchers found out it was a naturally occurring product of Streptomyces cinnamoneus. It was isolated from Streptomyces cinnamoneus, which was originally named Streptomyces Sapporoensis. The National Center for Biotechnology Information states that it is an antibiotic that is specifically used against Gram negative bacteria. It is also used against certain Gram positive bacteria that are in isolation. This includes Streptomyces aizumenses. When given intramuscularly, it is rapidly absorbed by humans. It does not work well orally. It is part of the peptide antibiotics that are naturally occurring. It has the following properties: It is also methanol-soluble, but almost insoluble in almost all organic solvents. It is unstable when used in an alkaline solution. Its classification is as a DKP antibiotic. It is also soluble in ethanol, DMSO, and DMF. It has a melting point of 255.06 Celsius and is ideally stored at negative 20 degrees Celsius. It is actually the only member in its class that can specifically target a bacterial transcription termination factor.

What is it Used For?

Bicyclomycin has the potential to treat a variety of conditions. The conditions it most often treats include diarrhea in humans and diarrhea in farm animals such as pigs and calves. Bicyclomycin destroys bacteria via the process of inhibiting the Rho transcription terminator factor. It's important to note that Bicyclomycin is the only antibiotic that is both considered a natural product, and inhibits in a selective process the transcription termination factor Rho. The combination of this factor, along with its clinically proven ability to fight Gram-negative bacteria, make it a very promising antibiotic. So far studies show that it is safe.

How Does it Work?

Bicyclomycin has an unusual structure that is highly oxidized. This bicyclic structure comes together by the ether bridge which has a connection between the alpha carbon in the diketopiperazine ring and the hydroxylated carbon atom in the isoleucine lateral chain. Bicyclomycin is currently the only selective inhibitor of Rho. This is a RecA type ATPase. This plays a major role in the termination of Escherichia coli. 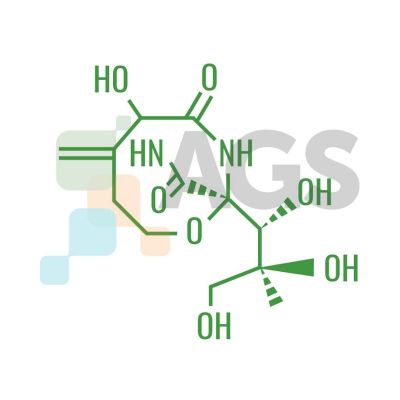 According to UK Research and Innovation, the re-purposing of "old" drugs may prove successful in the fight against drug resistant bacterial infections. There is the potential for the engineered production of different types of bicyclomycin derivatives. Specifically, the gene cluster that includes bicyclomycin has prompted the discovery of hundreds of pathways that are in the code of a variety of diverse bacteria. Bicyclomycin naturally occurs through soil bacteria that is non-pathogenic. This means that the action of proteins have genetic coding in the bacterial genome. Discovering the genetics that produce bicyclomycin will allow scientists to modify the pathways that will increase the ability to study it in different infection models. Scientists may even find ways to produce new versions of bicyclomycin that prove extremely effective against current drug resistant bacterial infections. 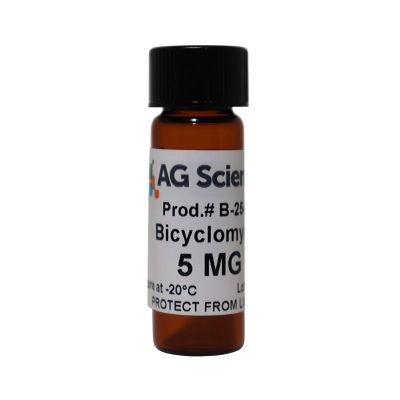 Research has shown that bicyclomycin can possibly convert into an extremely lethal agent that may effectively fight several different types of Gram-negative species. This conversion takes place when combining a bacteriostatic inhibitor with the bicyclomycin. This is an exciting development since most antimicrobial combinations antagonize instead of stimulate lethal activity. Bicyclomycin is not normally considered a strong antibiotic on its own. It is now given greater attention as a potentially strong antibiotic, especially when used in combination with other drugs. It has so far shown no cross-resistance with any other types of antibiotics. This, combined with its low-toxicity, makes Bicyclomycin a promising antibiotic for future use. This is exciting news both for the use of bicyclomycin and the effort to stop the rise of deadly bacterial infections. AG Scientific, Inc. is critical chemical component supplier founded in 1997. For over 20 years we have been advancing innovative drug development and have maintained ISO 9001 certification since 2005. AG Scientific upholds the highest standards for consistency and quality assurance while providing a variety of products and services for markets such as cancer research, genome editing, and nucleic acid purification. Contact us to learn more about the many services and products available, including bicyclomycin!