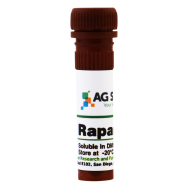 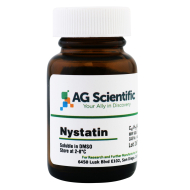 The PI3K/AKT/mTOR pathway is central to cell growth and survival, cell cycle regulation, and programmed cell death.Aberrant activation of this signaling cascade is linked to several disease states, and thus many components of the pathway are attractive targets for therapeutic intervention.

The PI3K/AKT/mTOR pathway is central to cell growth and survival, cell cycle regulation, and programmed cell death. Aberrant activation of this signaling cascade is linked to several disease states, and thus many components of the pathway are attractive targets for therapeutic intervention. 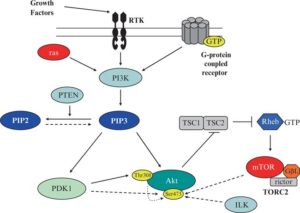 Activation of signal transduction pathways is a key mechanism to increase proliferation and survival, and inhibitors of specific kinases that are key components in signaling pathways are under intense investigation as cancer therapeutics. Perhaps the best studied pathway that promotes cellular survival and therapeutic resistance is the PI3K/Akt/mTORpathway. It is activated by oncogenes such as ras or erbB2, receptor tyrosine kinases, G protein coupled receptors, or inactivation of the tumor suppressor gene, PTEN, that normally negatively regulates this pathway. Akt is a crucial kinase in this pathway that is activated by phosphorylation in the activation domain (T308) and in the hydrophobic motif (S473). Once active, Akt exerts its cellular effects through the phosphorylation of downstream substrates that regulate the apoptotic machinery, cell cycle progression, gene expression, metabolism, and protein translation. Of all downstream Akt substrates, mTOR is probably the best studied, perhaps due to the availability of drugs that specifically inhibit mTOR. Is PI3K/Akt/mTOR Pathway Important in Many Types of Cancer? Yes. The measurement of active Akt and other pathway components in human tumors has revealed that pathway activation is one of the most common molecular alterations in human cancer. Using activation state specific antibodies in immunohistochemical (IHC) analyses of paraffin-embedded, formalin-fixed tissues, active Akt and other pathway components have been detected in at least 12 types of human cancers in vivo, with prevalence as high as 90%. The importance of pathway activation in situ has been demonstrated when IHC analysis of tumor tissues has been linked to clinical outcomes. Akt activation is a poor prognostic factor for breast cancer, prostate cancer, non-small cell lung cancer (NSCLC), endometrial cancer, gastric cancer, pancreatic cancer, glioblastoma multiforme, melanoma, and acute myelogenous leukemia. Thus, constitutive activation of this pathway is common and important in many cancers. Pathway Inhibitors Prevent Cancer in Preclinical Model Systems Although pathway inhibitors that target individual components such as PI3K, PDK-1, Akt, and mTOR are being developed, mTOR inhibitors are the most mature. mTOR inhibitors include rapamycin, which is FDA-approved as an immunosuppressant, and analogues such as RAD001 and CCI779 that are in late phase clinical trials with cancer patients. mTOR inhibitors have been effective in preclinical models of lung tumorigenesis, breast tumorigenesis, and prostate tumorigenesis. What do we do with PI3K/Akt/mTOR pathway for future? Out of pathway inhibitors, mTOR inhibitors are most available, but what are the consequences of mTOR inhibition? Rapamycin is well tolerated at low doses given daily in transplant patients, but in light of possible immunosuppression in otherwise healthy people at risk for cancer, does this meet the high bar set for tolerability in the prevention setting? What is the optimal dosing regimen for prevention that maximizes effectiveness and minimizes toxicity? Would pulsatile vs. daily dosing reveal differences in efficacy or tolerability? A hypothetical disadvantage of mTOR inhibitors as single agents is possible feedback activation of Akt, which has been reported in in vitro studies. Although the study by Liu et al. and others demonstrated decreased Akt activation with prolonged mTOR inhibition, it is possible that feedback activation of Akt would negate any effect of an mTOR inhibitor. To circumvent this, one could inhibit the pathway more proximally by targeting PI3K or Akt, but would inhibiting these components come at the cost of increased toxicity? Regardless of the component that is targeted, one advantage to this approach for cancer prevention is that pharmacodynamic endpoints are readily available, namely detection of phosphorylated downstream substrates using activation state specific antibodies. Future clinical studies incorporating pharmacodynamic endpoints will determine whether the preclinical promise of inhibiting the PI3K/Akt/mTOR pathway for cancer prevention is fulfilled. Source: Development of LanthaScreen Cellular Assays for Key Components within the PI3K/AKT/mTOR Pathway. Coby B. Carlson, Matthew B. Robers, et al, The PI3K/Akt/mTOR Pathway in Cancer Prevention Phillip A. Dennis, Hay N. The Akt-mTOR tango and its relevance to cancer. Cancer Cell 2005;8(3):179-83, Wikipedia. Here are some free PI3K/Akt/mTOR pathway references from highwire.