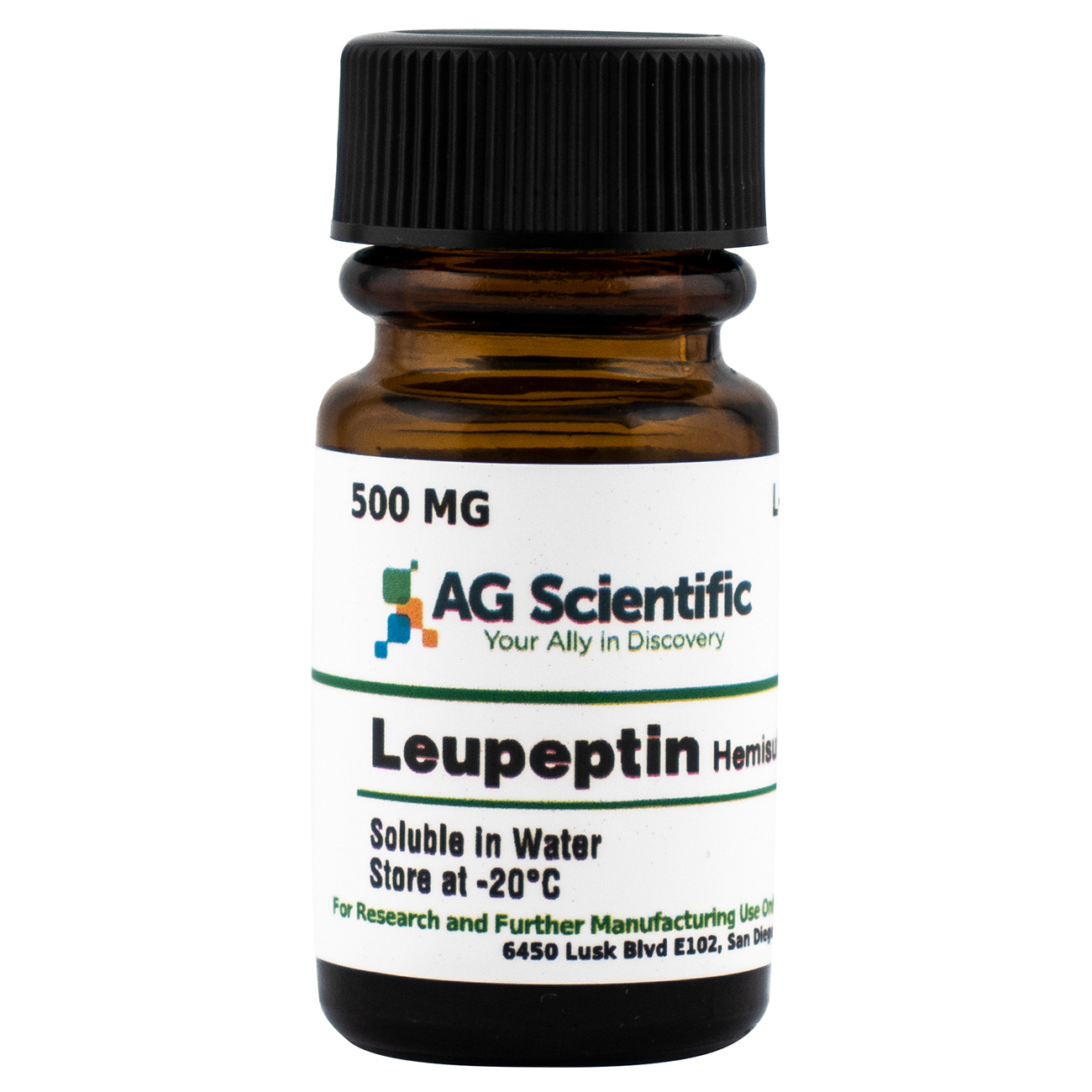 
Leupeptin is a reversible protease inhibitor known to target various cathepsins, calpain and trypsin. In biochemical research, leupeptin is used frequently as a reducing agent in experiments designed to study proteins, enzymes, amino acids and neuropeptides.

While it is used widely as a reagent, several studies have been conducted into leupeptin's direct biomedical effects. In one such study, leupeptin was shown to protect hair cells in the inner ear from ototoxicity associated with aminoglycoside antibiotic treatment. In rat studies, leupeptin has demonstrated a considerable ability to suppress inflammation caused by gingivitis.

Leupeptin has also played a role in studies of certain cancers for several decades. In the early 1970s, the compound was found to have an inhibitory effect on tumorigenesis of skin cancer in mice. More recently, it has been used in studies relating to the role of the protease matriptase in the development of breast cancers.