Home Blog Paper-Based Biosensors: Effective and Efficient
Back to List 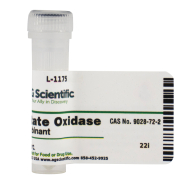 There has been a recent shift in research science and medical communities towards the use of efficient, cost effective biosensors that can test for food and water contamination, monitor biological processes in humans, determine accurate medical diagnoses, and more. Paper-based biosensors are of particular interest. 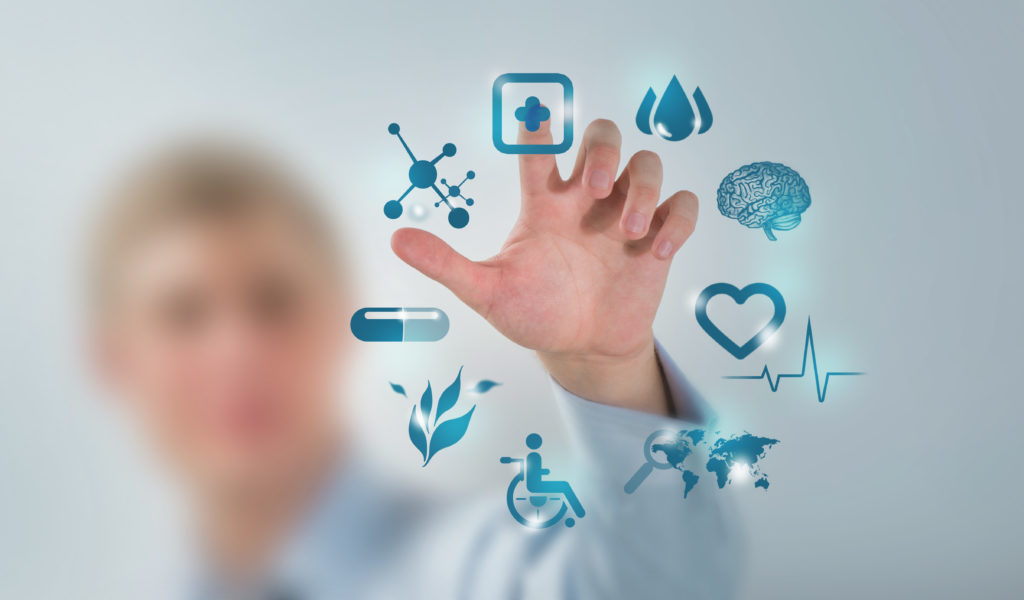 There has been a recent shift in research science and medical communities towards the use of efficient, cost effective biosensors that can test for food and water contamination, monitor biological processes in humans, determine accurate medical diagnoses, and more. Paper-based biosensors are of particular interest.

Researchers and medical professionals alike need safe and less costly ways to conduct their studies, ensure public safety, and care for patients with personalized treatment plans. Paper-based sensors are one such response to this call for accessibility and portability.

Read on to learn about how these biosensors are constructed, as well as current applications.

How Do They Work?

The first biosensor was designed in 1950 in order to indicate oxygen levels in blood, using an oxygen electrode also known as the Clark electrode, named after its inventor.

Since then biosensors have been constructed in a multitude of ways depending on function and what they are designed to detect and measure in a substance. 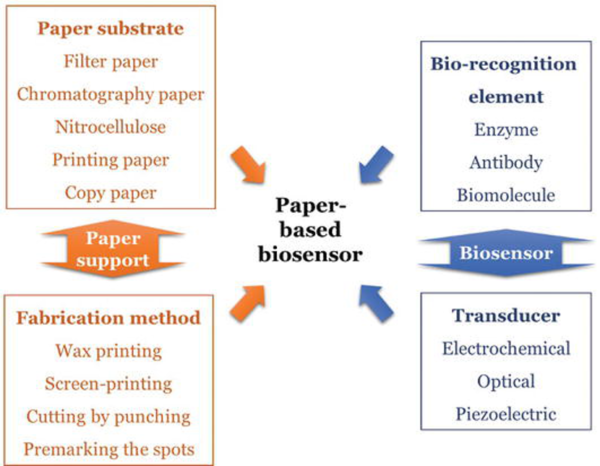 Electrochemical sensors are a popular type of paper-based biosensor used to detect target analytes. In general, paper-based electrodes are attached to the substrate, and when a reagent is introduced the electrode measures the electrical signals produced by the chemical reaction that occurs when a target analyte is present.

There are different types of paper which can be used as the substrate, including cellulose filter paper, and printing paper which is useful in creating 3-D biosensors.

In fact, they can be 2-D or 3-D models and can even be worn by a biological subject, such as a patient being monitored for low sodium levels which can be indicative of an electrolyte imbalance.

For more on chemical reagents used in the design of biosensors, read our article on lab-on-a-chip technology here.

Its sturdy yet minimal design is fast becoming a popular method in making research and medical care more accessible for everyone, regardless of whether one resides in a remote area or a bustling city.

These powerful sensors have tiny electrodes which take a chemical signal from a biochemical substance and then translate it into an electrical signal that can be quantified. Blood is often the liquid substance introduced to the biosensor for biorecognition of the target analyte. 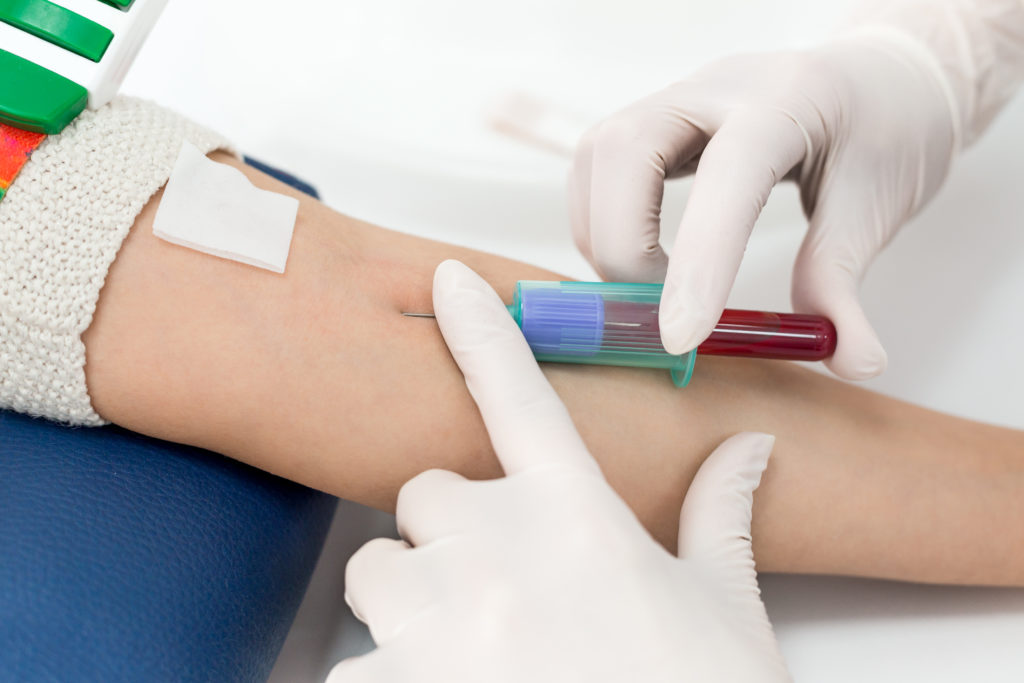 They have also proved successful in detecting numerous other substances of public health concern, such as recognizing biomarkers of Salmonella, E.coli bacteria, and even markers of drugs commonly used in sexual assault.

Despite innumerable scientific and medical advances which contribute greatly to health and wellness, there are still many health threats that continue to affect the general population.

Toxins, such as mercury or lead poisoning in water sources, or bacteria and parasites that quickly spread and threaten communities, must be monitored and remedied to avoid public health disasters.

Biosensors have metal-specific electrodes that can detect harmful concentrations of metal in water, and paper-based sensors are especially useful because they can be discreetly and quickly used by research scientists.

Paper-based biosensors have been used in conjunction with biorecognition elements such as enzymes, antibodies, or biomolecules in order to detect the presence of harmful pathogens.

Take lactate oxidase for example, which is an enzyme used in detection of lactic acid. When the substance in question is introduced to this biorecognition element on the biosensor, the presence and concentration of lactic acid can be measured by the electrode.

These biorecognition elements are able to detect the presence of excessive estrogen in drinking water, as well as E.coli and the Zika virus. In application to both agricultural practices such as caring for livestock, and for communities globally, paper-based biosensors are promising solutions for detecting and identifying public health issues, regardless of where they are located.

At AG Scientific, we deliver enzymes, ionophores and other biorecognition elements, as well as tailor custom reagents to meet the needs of our consumers at an individual level. We take the customer experience seriously and cut out unnecessary bureaucracy that might prolong an order being processed and delivered. This is because we take a direct one-to-one approach in serving our customers. We pride ourselves in being able to offer such a personalized approach within such areas as medical technology and diagnostic materials, while still remaining competitive with other large life science distributors in the field. Currently, we are having a sale on all ionophores until March 31st, found here. A perfect time to stock on ionophores at 25% off normal pricing. Questions? Contact our team - we are here to support you and your research endeavors.